A Dispatch from Fantastic Fest

Fantastic Fest, Austin’s very own genre-movie film festival, wrapped up yesterday, and Latin America and Spain were all very well-represented in this year’s offerings— 10 films by my count (if you include the international co-productions Autómata and Necrofobia 3D, a film I skipped on). (I saw half of these.) What interested me in these selections was the range they suggested— “genre film” is a flexible category, and its instantiations here ranged from movies of shoe-string budgets (Argentina’s Naturaleza Muerta (Still Life)) to larger mid-range productions (Autómata).

“Genre film” might be most closely associated with the Hollywood system of production, but year-after-year what the festival proves is that these traditional “genres” are fully part of an international film grammar. What interests me is how each region/area puts its own unique stamp on the genre— horror, comedy, or thriller. In fact, it seems that at a “genre” festival like Fantastic Fest, a film gains its initial notoriety (and #buzz of excitement) not necessarily from its auteur (that would be how a more international film festival— like Cannes, Toronto, etc.— works), but from its region. In his introduction to the film Musarañas (Shrew’s Nest)), a Fantastic Fest programmer hyped the screening by saying “I love Spanish horror” and on social media I read tweets saying things like “Chile does it again!” While people still care about names (Álex de la Iglesias, Eli Roth were some of the people leaving their production-credit imprimaturs on the films), in many ways auterist cinema has been replaced by an interest in national or regional cinema.

Let’s look at the films.

Naturaleza Muerta (Still Life): Like the recent Kelly Reichardt film Night Moves about ecoterrorism in the Pacific Northwest, Naturaleza Muerta revolves around a cluster of devout vegetarians and vegans who are convincing their neighbors of the moral and ecological injustice posed by eating animals. They distribute fliers (“The time is now” to stop eating meat.), they publish informative non-fiction books, they hold lectures on the subject. Against this backdrop, the film follows the intrepid local-news reporter Jazmín, who goes out to the countryside to cover the issue of greenhouse gas pollution caused by cow feces. She soon gets sidetracked as a more enticing news story emerges— the disappearance of Julia Cotonese, the daughter of a wealthy family in the cattle business. The cause of veganism is certainly an international one but the stakes may be higher in a country like Argentina, which so prides itself on the quality of its meats. One of Jazmín’s interview subjects, an arrogant rancher, talks with conviction about how “eating cattle makes us men, makes us macho.” While Naturaleza Muerta sticks to the conventions of the slasher movie, its themes are of a distinctly Argentine sort— in one example, a vegetarian goes to an empanada shop (with a large Argentine flag painted on its exterior wall), he tries to order a vegetarian empanada, but he only gets meat. The film’s look is unremarkable— cheap cameras & cheap lighting— and it actually reminded me of daytime soap operas— the colors are bright like on TV and everything seems “in focus.” This bland style suits the subject: this is horror that could play after your local nightly news rolls its credits.

Relocos y repasados (High Five): The genre of the stoner-comedy— Dude, Where’s My Car, Harold and Kumar, and so on— is one that might be particularly open to local reimaginings as it is all about the characters and a “vibe.” Relocos, set in Montevideo, begins with a rapid-fire rambling monologue of a stoner-kid Andrés as he describes his childhood from birth to adolescence— something on the order of: you are born, your parents order you around for awhile, you are forced to go to school everyday, and you rebel with drugs. Accompanied by handheld video footage of the quality of home movies, this monologue goes by so fast that is hard to pick up through the English subtitles. It is filled with local Uruguayan slang but it begins to immerse you in Uruguayan youth culture as you have to adapt (quickly) to the way he talks (the drawl, the vos conjugations). It reminds me of the rapidity of the monologue that begins Truffaut’s Jules et Jim (although Relocos is far less “literary”). After the monologue, the plot gets going. Andrés’ friend Elias finds a stash of miscellaneous drugs hidden in a tree as he comes stumbling home from a drunk night, and this proves to be the perfect opportunity to finally perform the Experiment they’ve been apparently planning for awhile now— to get high with their clique of friends with each friend on a different type of drug. The concept is one a group of misfit kids would think of— or a screenwriter would pitch to a production company looking for a hit movie. In Relocos, drugs function as a way to connect diverse subcultures— punks, preppy kids and “slackers.” It probably says more about me than the films themselves that the moment I came closest to crying during the festival was when Relocos’s nebbish kid was finally joined by three punks in a rousing karaoke rendition of Ladrones Sueltos’s “Y no le dijo nada” (which I am going to find a way to download immediately).

Musarañas (Shrew’s Nest): Evoking some of the same tonalities of Carlos Saura’s Cría Cuervos, this Spanish horror movie enters us into the intimate inner worlds of two sisters living alone together during the repressed years of Franco. Montse (the fierce Macarena Gómez) cannot leave the apartment because of an agoraphobic affliction; housebound, she controls the living-quarters with a steely, fundamentalist Catholicism (and, like Hitchcock’s Rope, the film’s perspective never lets us leave her domain either). When the upstairs neighbor has an accident on the landing outside her doorstep, she drags him into the apartment. At first it’s just to help him recover from his injuries, but the relationship soon develops into something much more sinister and intense. The film has a distinctly “Spanish” character— as the Fantastic Fest programmer announced in his intro— due to the Catholic/Franco backdrop; directors Juanfer Andrés and Esteban Roel hone the period details in all facets of the apartment’s environment— costume, sets and props. Because the film itself is so cloistered in the confines of the apartment, Musarañas’s environment seems to be almost like a time-capsule, a bubble of Franco-nostalgia cast in amber. Time seems to be at a standstill as Montse has never left the house for years and she continues to relive traumatic memories of her deceased father’s authoritarian control of the family. In this way, the film has the veneer of Spanish’s history of dictatorship but these historical circumstances function in the movie more as backdrop, general “vibe”— a sometimes-kitsch pretext for an enthralling, gruesome horror plot contained within the apartment.

The Stranger: While the previously discussed Latin American and Spanish films all work to differentiate themselves through their evocations of place (the “local”), this Chilean movie written in English tries to perform the opposite: to erase all national specificities and create a truly global cinema that could take place in any old place. The production team said as much in their introduction to the film: The Stranger «is from Chile» but its intended audience is «for the world.” They talked about how they like to work in Santiago (for one of their previous films) because its architecture resembles Los Angeles. In The Stranger, they use Chile’s natural features— mountains, water, and desert— to develop a sense of no-place, an every-town. (The protagonist, a young boy, sprays a graffiti that reads «Welcome to nowhere. Population: 0.”) It could be the Pacific Northwest, the town’s name is “Grey Mountain.” The plot, a recasting of vampirism as a highly contagious virus, involves a stranger coming to town looking for a woman. But the overall strategy of the film is making the setting and characters as nondescript, boilerplate as possible— a stranger enters a town full of featureless strangers. It seems like the goal of the team is to reproduce classic genre films as closely as possible but using a Chilean production team, instead of a US-based one; it is a promising proposition (provided that the stories are intriguing enough— unfortunately, The Stranger’s narrative wasn’t for me).

Ultimately I found Fantastic Fest far more interesting when I saw how the “local” leaves a more perceivable mark on genre convention. 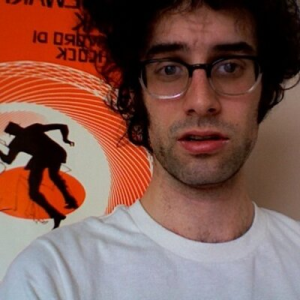