Puerto Rico’s Disaster is not just 45

As others have poignantly and empathically pointed out, a lot has been said and written about Puerto Rico’s current situation. To be honest, it’s felt like a barrage at times, because this is not what we are used to. The reaction among all of the Puerto Ricans outside that I’ve spoken with is a general sense of surprise at the amount of coverage, and it’s one of the good news that I can send back when I reach people on the Island. I get daily messages, online and in-person, from people that have learned what the Jones Act is and the differences in aid availability and relief by area. My Facebook feed is filled with outraged statuses and lengthy comment strings about every heinous tweet and act of the President related to Puerto Rico. A la gente aquí le importa, I told my mom as I kept her company while she waited to fill up her gas tank for six hours. Then day 10 came, and day 15, and day 20, and some things got better and others got so much worse.

This is the fourth version of a post I’ve been working on regarding Puerto Rico, Hurricane María and the ongoing situation on the Island. Being removed physically from the situation and having my family in the metropolitan area has meant that, to a large extent, this tragedy has been a digitally mediated experience for me, one that I struggle to encapsulate for myself and more so for others. There’s always the fear of speaking out of place, highlighting one tragedy among many equally important and current ones or, even worse, meter la cuchara just because of the myriad privileges that allow me a voice and a platform to express it. This is not a preamble disqualified with a “but,” or an outburst of accumulated grievances (mine or others) that justifies itself through its finally unbearable pain, nor a characterization of an oppressed group that is unable to speak for itself. What is it then? It is the space between a rock and a hard place, or better yet entre la espada y la pared, because we are dealing with certain death.

See what happened was, I saw all of the news outlets and parody TV shows covering what hypothetically shouldn’t be happening: an absent President, haphazard federal agencies, unattended third-world level need and an unmet expectation of improvement. In sum, a mismatch of the mythology of citizenship and its reality. At least that’s the only way for me to understand what’s at the center of the relevance of citizenship for FEMA funding, the surprise at the delay of aid, the indignation at governmental behavior and the continuously nagging feeling that things are not getting better for them. And please don’t take offense to pointing out that there are two separate peoples, despite having citizenship in common, if you aren’t Puerto Ricanost of us have internalized this through cultural, political, economic and racial pangs that are also present now in the US’ government response. Even The National, the longest continuously published weekly in the US with a liberal/progressive bent, still refers to the movement of Puerto Ricans as immigration, and what could be hopefully called a typo repeats itself in Life magazine, The Washington Post, The New York Times, The Smithsonian Institution Institute and the History Channel.

That is to say, this is not a reproach in the vein of an “us versus them,” just a clarification that despite the fact that this is one of the worst tragedies in Puerto Rican history, the ongoing situation is not out of line in any way with who we are and how we have been treated as a people by the institutions of the US. The feeling of indignation at the President and the government’s response shouldn’t base itself on Puerto Rico as another piece of evidence about how badly things are going for the US. Despite the massive responsibility that Puerto Rico and its institution hold for this tragedy, nothing has changed in the US since before the hurricane brought our crisis to the limelight. By way of a quantifiable example, Fivethirtyeight’s Dhrumil Mehta published the dataset and analysis of coverage about Puerto Rico last week and highlighted the fact that it took TV and online news outlets 5 days to start covering the Island after the hurricane. Guess what coincides with that date and what the focus of the news coverage was: “When President Trump visited the island last week, just over half of the headlines that mentioned the territory that day also mentioned Trump, a far higher proportion than we saw when Trump visited Texas and Florida.” The criticisms in the articles are justified and so is the political stance that uses Puerto Rico as an example. However, there are bigger issues at stake that makes this modus operandi an exercise of bad faith with illustrative antecedents. For another quantifiable example, Coral Salomón published her dataset and a text-analysis of a selection of articles from 2006 to 2016 published by the New York Times. The most frequent term associated with the Island was “debt”, the main section where Puerto Rico was mentioned was “Business”. Salomón summarizes her findings by stating that “the terms from Figure 1 allude to topics that mostly have direct relevance to New York or the US. PR’s situation, people, and culture seem to be worth reporting only when they have a direct impact on the US.” In other words, we’ve simply managed to flip over the idyllic image on the postcard for long enough to have people notice and now I have to wonder what that will bring with it.

Skepticism and cynicism are logical responses that don’t require knowing much about Puerto Rican history. Even as the diaspora and allies have contributed immensely to the relief, memories of the wrong kind of help are still fresh for many. For example, Lin Manuel Miranda advocating for debt legislation that lead to PROMESA and the Fiscal Control Board, and then stepping out when that law allowed for lowered minimum wage, slashed public programs, social welfare initiatives, funding for NGOs and lead to hundreds of school closures. So, no, I haven’t listened to his song. And no, I don’t trust when Elon Musk says that Tesla’s modernizing of the electrical grid system will consider, “most importantly, the people of PR”, because we already had AlixPartners’ Lisa Donahue (whose slogan, “When it really matters”, couldn’t be more ironic at the moment) as the Chief Restructuring Officer of Puerto Rico Electric Power Authority for three years before the total collapse of the grid and the public corporation. In other words, help from outside, partnered with willing accomplices on the inside, turned a disaster into a tragedy with a degree of “happenstance” that makes willing suspension of disbelief impossible. How can so much go so badly at the same time without it being planned?

The thing is, how do you tell people that companies’ private interests are and have been the same as privatization, which has in part led to the current situation with the local government’s compliance, while at the same time understanding that three weeks without power or hope of it returning would make any option seem reasonable? Similarly, who would dare criticize anyone for leaving the Island, temporarily or permanently, when that means that they could have their dignity and human rights back? Even when privatization will result in companies being given free rein on large swaths of the country, the historically and currently poorest and least assisted by government entities even now with relief, with only the idea of the American dream waiting for them once they reach the US.

Then, what does help look like? It looks like a group of committed professors at UT attempting to harness the privilege and resources of the University, not through capitalizing through the disaster, but instead giving of themselves to students that may not finish their semester, archives that are deteriorating, and supporting research for which they will not receive credit or direct benefit. All the while, the letter for institutional support has gone unanswered by President Fenves for more than 3 weeks. Despite the lack of response or support by the President, support also looks like UT alum and CLIR Postdoctoral Fellow in Data Curation for Latin American Studies, Hannah Alpert Abrams, staff and students gathering for hours to contribute to Disaster Relief Mapathons. These are the pieces of good news that I send back now because they come from people listening to those that need help and contributing selflessly in ways that they know no one else can provide. Neither the press nor the President of the US will truly make a difference in improving life on the Island. Rather, in the years of recovery to come, Puerto Ricans on the island and the diaspora, as well as supporters should look to emulate the former examples of support and disabuse themselves of the notion and dependency that recognition equates to progress or solidarity. 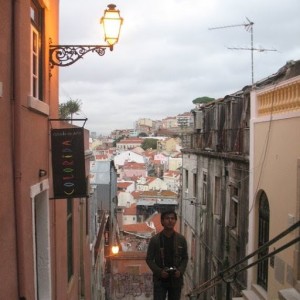 Joshua Ortiz Baco is currently a student in the PhD program at UT Austin's Department of Spanish and Portuguese. His main areas of interest are Caribbean literature from the 19th to the 20th century and surviving a PhD program in the 21st.