My Experience Teaching Spanish as Latinx 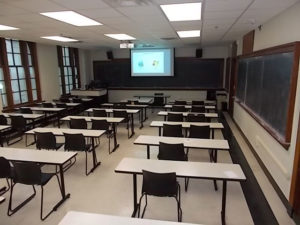 “Speak only in Spanish,” my colleagues told me. But it is not that easy. When you need to give instructions or grammar explanations, you will probably need to use English. Because of that, I started combining English and Spanish during my classes when necessary. I remember the day I gave my very first grammar explanation. One particular interaction with a white student kept my attention. She was suspicious about the information I was giving, acting dramatically confused.

That became a constant. Every time I gave a grammar explanation, she questioned my knowledge in front of the class. She was suspicious of what I said, and pointed out when I changed the order of the lesson in the book. She also asked every time about her grade, and when I gave her an assignment, she would take out her computer avoiding the task. She had another two white student friends in class, and they all challenged my authority in the classroom not carrying out the task, but talking and laughing. I told myself, “they are grown-ups, I can’t surveil them when they don’t want to do the assignment.” I was also scared of trying to publicly use my authority and be publicly humiliated. I let go most of the times, but other times I would turn the assignment into a pop-up quiz so they became alert and started working. Then I would say, “Ok, now switch your quiz with a partner and correct each other’s,” not taking that assignment as a real grade for the sake of other students.

I remember another similar first-time teaching experience. A white student was also very attentive to his grades all the time. The night before a quiz, he sent me an email saying he was not coming the next day to class. Instead, he was planning to come to my office hours the next Monday to take the test, and he rhetorically asked if his absence would not be counted for the next day.

I was wondering if that was only happening in my class. But I substituted a colleague for three classes and had a similar experience. Students were asking: how do you speak in Spanish about¨ «parents2? (Does it always presuppose a mom and a dad and is it always gendered? As if I could know this information for all the countries in which Spanish is spoken. While I was talking, a white student kept giving his own parallel explanation to his classmates, winking at them as if they were pretending to listen to me but having access to the “truth” through him.

I knew something was wrong with all of this. I suspected what it was, and race and gender certainly crossed my mind, but I was unsure –maybe as a way of self-defense. When I read Dr. Rodríguez article “The Usual Suspect: Negotiating White Student Resistance and Teacher Authority in a Predominantly White Classroom,” I was able to fully recognize what was going on. It was racism. I also was treated differently because of how they read my female body (although I have explained to them several times that I am genderqueer and use “they, them” pronouns). This happened in the classroom, as well as in other spaces, and I do not know how to deal with it sometimes.

Dr. Rodríguez’s article provides vocabulary and reasons to understand and talk about experiences of ciswomen professors of color (and I think it is also useful for folxs who are read as ciswomen of color like me). The lexicon she provides gives an analytical framework to understand some of our negative experiences. Two main concepts of this framework are “white innocence” and “white talk.” According to the author, “White students resist through color-blind ideology. White students invest in their own innocence by denying that racism exists […] knowing [that racism exists] would mean being complicit […] and along with complicity comes White guilt” (486). The student who asked all the time performing desperation and on the verge to tears because she was not understanding what I was saying was playing this game of innocence, hiding with her attitude what was actually not trusting me as a Spanish instructor. The student who assumed I must excuse his absence and give him a make-up date for his test was also not acknowledging how violent his “white entitlement” (497) was. He was not acknowledging his own white privilege, and how he exerted it on others. He was furious because I said no.

In the same line, Dr. Rodríguez describes white talk as follows: “In addition to using color-blind ideology, students also verbally challenge lecture material, assignments, and so forth by commonly engaging in White talk— talk that serves to insulate white people from examining their/our individual and collective role(s) in the perpetuation of racism” (495). When white students support each other to question the professor or challenge their authority, they get involved in a white talk.

Other key term in the essay is “suspicion,” as a way to explain the fact that our students and white colleagues question and doubt ur intellectual capacities based on racial prejudices. As the author puts it: “Stereotypical beliefs are still present, regardless of consciously rejecting these beliefs. Holding these unconscious beliefs allows White people to hold folks of color as suspect—suspect for not being “qualified” and suspect of one’s knowledge” (487). The ways one deals with this suspicion goes from overworking, trying to demonstrate that one belongs; or being extremely kind and permissive (out of tiredness, I guess), among other strategies. All of those tactics take energy and emotional labor from us as teachers of color.

After providing concepts to understand this situation, Dr. Rodríguez’ argument moves on to a critical approach to Paulo Freire’s pedagogy, which has to be truly important and influential in the ways in which pedagogy can be used as a way social transformation and revolution against hegemony and neoliberalism. In a “pedagogy for the oppressed”, the agency is given to the students that are recognized as subjects of knowledge, able to produce critical approaches to their context. However, the way Rodríguez makes this pedagogy more complex is eye-opening. Proposing recognition of one’s own vulnerability, the possibility to express one’s opinions, or to have a student-centered class is not that easy for professors who already oppressed and whose authority is always questioned. Even though these proposals have taken into account the point of view of the student as the one being oppressed, there is still work to do when the professor is actually oppressed.

Finally, Dr. Rodríguez offers some advice to keep navigating this already unequal system in which the classroom as a safe space is never a reality for us. She ends up her essay saying that “we have to remind ourselves as well as our students that hope is essential to the learning process. Seeking transformative spaces requires pain, struggle, and an ‘uncomfortable space’” (503). My main goal as a teacher is to keep being supportive, open and warm with my students. I can see they need that from me. I saw a couple of them tormented by the perfectionism and the burden they carry from this system, and I was able to reaffirm their experiences and make them feel comfortable and confident. Even when feeling triggered and unsafe after the experiences I already mentioned, I am hopeful that more horizontal learning processes are possible. I also hope students can be provided with compassion, support, and care. This way they will be able to learn without experiencing terror, insecurity, or rigidity. Instead of safe spaces, we might need this “uncomfortable space” in which we can challenge our students in their assumptions about their professors of color while still being able to facilitate their language learning processes. 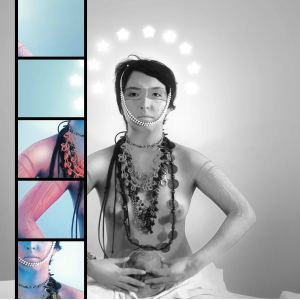