Central American Refugees and the Issue of Visibility

Until a few weeks ago, there was a major news cycle which, depending on the ideological bent of the news source, highlighted the increasing numbers of migrants, particularly minors who come as refugees to the US without authorization. They come primarily from Guatemala, El Salvador, and Honduras. (But not from Nicaragua)

On the right, these refugees have been portrayed as “unaccompanied children” (though they are accompanied, by the coyotes that their families pay handsomely for) who have come here due to Obama’s “lax” immigration policies, particularly his June 2012 executive action which will stop deportations of those, according to the New York Times, who meet the following conditions: “who came to the United States before age 16, have lived here for at least five years, and are in school, are high school graduates or are military veterans in good standing. The immigrants must also be not more than 30 and have clean criminal records.” These right-wing opponents often do not recognize the refugee status of most of these children and blame their parents and the media for giving them the wrong idea of how welcome they would be on this side of the border.

On the left, the plight facing these child refugees has been highlighted, pointing towards the maras [gangs], the drug cartels, startling high levels of violence and murder, and corrupt oligarchies which have changed little, if at all, despite civil wars and labor organizing. They point out that the parents and the children know the risks, and that they choose the long, perilous journey al norte anyways. The true terror of the migration from Central America through Mexico on La Bestia (the train that migrants ride on top of) into the United States is portrayed in all its horror and hope in Oscár Martínez’s The Beast/Los migrantes que no importan (2010/2013).

Arturo Arias, a professor here at University of Texas at Austin, exposed this invisibility in his 2003 article in Latino Studies, “Central American-Americans: Invisibility, Power and Representation in the US Latino World.” Others, like Claudia Milian in her chapter, “Disorienting Latinities” of her recent scholarly book, Latining America (2013) are continuing to show the ways in which Central Americanness has been troubled in many areas of the US nationalism and culture. Central American-Americans often have not fit the resistant model of latinidad created by the actions of civil rights movements such as El Movimiento Chicano and Puerto Rican anti-colonial groups, such as the Young Lords.

The indigenous population of Central American-Americans troubles the category of Latino/a (which has not usually encompassed the experience of Central Americans) because it challenges the projections of indigeneity represented in El Movimiento Chicano. A popular version of Chicano nationalism has seen indigeneity as part of the Latino past, not as a people who survive and thrive today. 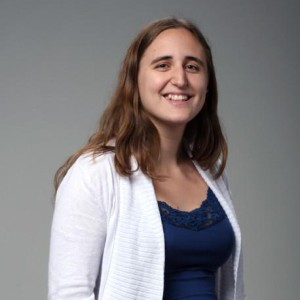