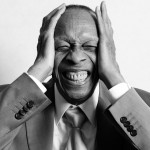 “Even though I’m Cuban, I’m really an American arranger,” he reflected. “Because the way I write has as much to do with American music as it does with Cuban music. And at the same time it has to do with the fugue.”

The quote comes from legendary pianist, arranger, and composer Bebo Valdés, who died last week at 94. As an early developer of the mambo, Valdés shaped what we now think of as Cuban music. He introduced the batá, a two-headed drum used in Yoruba and Santería religious ceremonies, into Cuban popular music; he was the house pianist at the Tropicana during the club’s heyday; and he won three Grammys and six Latin Grammys. His son is the renowned pianist Chucho Valdés, who played at UT in the fall.

But, as the above quote suggests, Valdés also illustrates the sophistication and complexity of Cuban popular forms, and their intimate connections to African-American music. Bebo devoured jazz and blues, and he was well aware that he played in a tradition that, in turn, had shaped those forms: the cinquillo, tresillo, and tango rhythms that animated Cuba’s contradanzas had long since filtered up through New Orleans, becoming the “Spanish tinge” that Jelly Roll Morton said was an essential element of black music in the US.

You can see Valdés in Fernando Trueba’s 2000 documentary Calle 54.  His obituary is here, but the thing to read about Valdés is this 2006 NY Times profile. The author, Ben Ratliff, just sits back and takes notes while Valdés plays records and talks about them. For example:

“‘I first heard of [Ernesto] Lecuona when I was in conservatory, in 1934,’ Mr. Valdés said. Was his music taught in conservatories then? ‘Oh, no, no,’ he said, surprised by the idea. ‘Only classical. Everything we learned was before Cervantes.’

He was speaking of Ignacio Cervantes, the Cuban composer who died in 1905. A conversation with Mr. Valdés goes this way. You are immersed in about 150 years of Cuban music, stretching from African-derived abakuá chants to contradanzas to boleros to mambo and modern Latin jazz. At the mention of Cervantes’s name, Mr. Valdés sits at the piano and performs all of Cervantes’s short, stately ‘Danza No. 1.’”

It’s an amazing record of what must have been an amazing afternoon, and it’s a fitting memorial to man who meant so much to Cuban popular music.