A reflection on Junot Díaz’s «MFA vs. POC»

I hope we have all seen the recent Junot Díaz article in the New Yorker, “MFA vs. POC,” about the unbearable whiteness of MFA programs; his ideal syllabus, posted on Slate; and a host of responses to his charge across the internet. As I prepare to move to Cornell for the next six months, I wanted to share my own reflections about that institution, about the MFA as a cultural and material institution, and perhaps our relation to it as literary scholars who end up studying the works produced around these institutions, without always considering how one side is related to the other.

For those who have not yet read it (go now!), the first article describes Díaz’s own experience participating in the Cornell MFA program in the 1990s. Within that piece, Díaz focuses his criticism on the experience of students of color, who find their lived realities and artistic concerns marginalized by white students and faculty. This isn’t just a matter of raw numbers (although it is also that), but the power accorded to this white majority to set the terms for what does and doesn’t count as “literary” within the program. The second article bookends the first, indicating how Díaz is able to reconfigure the terms of “literariness” now that he assumes a position of power within the MFA system (as a professor at MIT).

Díaz addresses MFA programs for their limits within the classroom; today I want to think about the role they play  outside the classroom, as a mode of literary patronage. Many MFA programs, including the Michener Center at UT and the MFA at Cornell, are funded programs that offer their students not only the encouragement and feedback, but also the time and money to develop as writers. MFA patronage is even more important as a benefit to faculty, including, of course, Díaz himself. That’s why the most salient line in the whole piece, for me, was the one where Diaz remarks that part of his motivation for applying to the program was that

“my body was getting worn out from delivering pool tables.”

Subtly, here, he suggests what so many writers (even dissertation writers!) know to be true: that working a full time, non-writing job can suck the life out of your writing.

Among authors of equivalent fame and prestige with Díaz, it might be worth asking who among them does not receive at least some support from MFA programs, speaking engagements, or visiting professorships; in short, from an intimate relationship with institutions like Cornell University. This is not to criticize Díaz’s involvement with such an institution as somehow hypocritical or inauthentic. On the contrary, it is to underscore a point I wish were more present in his original piece: the overwhelmingly white faculty and student body represents a failure to extend patronage to people of color, because the MFA functions not only as an arbiter of taste, but also, and perhaps more importantly, as a source of material support.

In number seven on his itemized list in the article, Díaz mentions the hotly discussed book MFA vs NYC, which, incidentally, discusses the growing role of MFAs as literary patronage. Certainly, this particular kind of institutionalization has grown astronomically in recent years, but it’s not unprecedented. Instead, in the second half of this post, I will suggest how Cornell has been offering similar kinds of patronage for at least the last 50 years, starting with the Cornell Latin American Year in 1965.

To figure that out, let’s return to one of my favorite subjects– you guessed it– Octavio Paz. Here is my huge caveat: Paz and Díaz do not have a lot in common. Other than both speaking Spanish and having origins in Latin American countries and being well respected authors and public intellectuals. At the very least we should emphasize that Paz was Mexican and White, while Díaz is Dominican-American and a POC. They also come from completely different generations and political orientations. That said, what makes it interesting to think of them in tandem is the way they are brought together by the patronage of Cornell.

Paz, as I have written before, was something of a master of patronage. Prior to participating in the Latin American Year, he had been working for decades as part of the Mexican diplomatic corps. Indeed, he took a leave of absence from his posting in India in order to accept the Cornell lectureship. Visiting professorships (at Austin, Cambridge, and elsewhere) became a much larger source of support after Paz resigned his post in protest in 1968. But even much less illustrious writers of the age had a sense that US institutions of higher learning were a safe bet to fund their literary endeavors. When I was working in the archives last summer, I read a letter written by the Chilean author Julio Barrenechea, who was the Chilean ambassador to India at the same time Paz was the ambassador from Mexico. The letter, like many in Paz’s own correspondence, encourages a less-established friend to turn US professorships for a boost in both finances and prestige. This use of one’s privilege to mentor other writers from the same community is very much like the Voices of Our Nation workshop that Díaz writes about in the end of his piece.

So why in one moment in the 1960s was Cornell so interested in cultivating a diversity of voices, and in another moment, the 1990s, so resistant to it? Perhaps we can discover the answer by looking not at whose writing was supported, but at what kind of writing; that is, what kind of writing is considered “free.” In the Cold War, the US promoted an understanding of the arts as purely aesthetic, wherein to be “free” to express oneself was manifest in an art that was “free” of social content. By employing authors like Paz, who produced highly experimental, politically uncommitted poetry (not to mention increasingly neoliberal essays and books), Cornell helped further the notion that the US was a place for artistic «freedom» in both of these dimensions. Díaz’s work, on the other hand, challenged that version of «free» expression. When Díaz’s classmates in the 1990s moved to exclude his social reality from the zone of the literary, when they wished to be “free” from political correctness and political consciousness, they were carrying forward Cornell’s ideology from the 1960s.

Yet it’s important to remember that “free” has a third definition: “free of cost.” You access this blog post for free, even though it is the product of my labor. I am free to offer that labor in part because it is subsidized (however minimally) by the patronage of the University of Texas. We must not forget that in an era when intellectual labor, when writing specifically, is worth less and less in material terms, patronage is an increasingly important source of support for people who write. That’s why access to patronage, and not just to prestige, should be at the heart of the conversation we have in the light of “MFA vs. POC.” 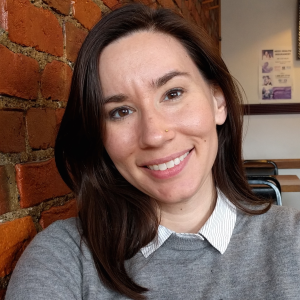